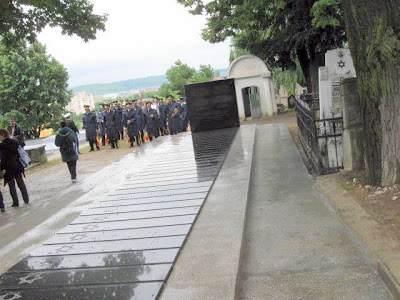 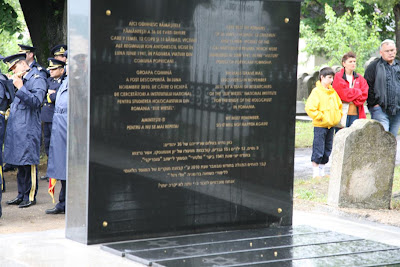 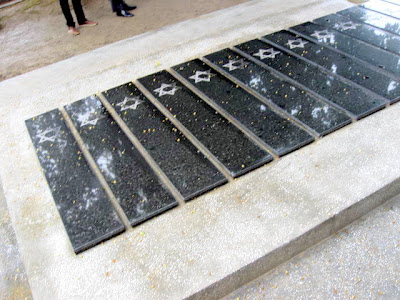 (ISJM) Last April I wrote about the reburial in the Iasi, Romania Jewish cemetery of the remains Jewish massacre victims discovered in November 2010. In June a monument was erected to cover the grave. The inscription was composed by Romanian "Elie Wiesel" Institute for Study of Holocaust.

According to the Elie Wiesel National Institute, the victims were killed in the summer of 1941 at Popricani, close to Iasi, by the Romanian army, an ally of the Nazis during World War II. They were among more than 15,000 Jews killed in Iasi during pogroms in 1941. A Romanian historian, Adrian Cioflanca, found the site thanks to the testimonies of Romanians who had witnessed the killings. "We will continue the historical research in order to try to determine where the victims came from, whether it was from Iasi or the surrounding villages", the director of the Elie Wiesel Institute, Alexandru Florian, told AFP.

The grave is very large - 11.00 m x 2,50 meters. The cover of the grave is made concrete, cast in place, with terrazzo finishing. This large and heavy lid sits on foundation-beams cast a half meter beyond the grave boundary. On the lid are 36 slim black granite plaques, each engraved the Magen David, symbolizing the 36 unknown victims buried, all of whom were murdered by the Romanian Army. At the far end of the grave there is a tombstone clad in black granite, with the text engraved in Romanian, English and Hebrew.

The project was organized and designed CAPI-FedRom (Lucia Apostol) and carried out by the Jewish Community of Iasi, with full financial support of Caritatea Foundation.

The monument dedication took place as part of the commemoration ceremony of the 70th anniversary of the Iasi Pogrom, that was held on June 28 2011, in Iasi.
Trimiteți postarea prin e-mail 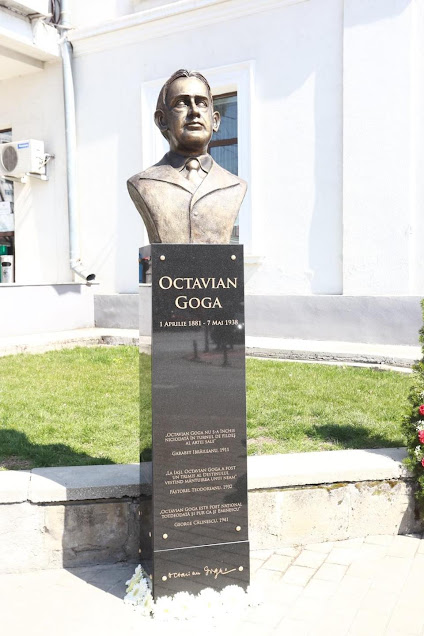