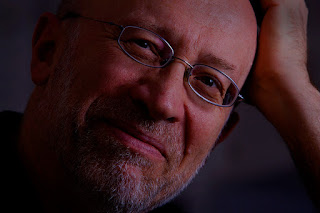 I suffer from a motor neuron disorder, in my case a variant of amyotrophic lateral sclerosis (ALS): Lou Gehrig’s disease. Motor neuron disorders are far from rare: Parkinson’s disease, multiple sclerosis, and a variety of lesser diseases all come under that heading. What is distinctive about ALS—the least common of this family of neuro-muscular illnesses—is firstly that there is no loss of sensation (a mixed blessing) and secondly that there is no pain. In contrast to almost every other serious or deadly disease, one is thus left free to contemplate at leisure and in minimal discomfort the catastrophic progress of one’s own deterioration.

In effect, ALS constitutes progressive imprisonment without parole. First you lose the use of a digit or two; then a limb; then and almost inevitably, all four. The muscles of the torso decline into near torpor, a practical problem from the digestive point of view but also life-threatening, in that breathing becomes at first difficult and eventually impossible without external assistance in the form of a tube-and-pump apparatus. In the more extreme variants of the disease, associated with dysfunction of the upper motor neurons (the rest of the body is driven by the so-called lower motor neurons), swallowing, speaking, and even controlling the jaw and head become impossible. I do not (yet) suffer from this aspect of the disease, or else I could not dictate this text.

By my present stage of decline, I am thus effectively quadriplegic. With extraordinary effort I can move my right hand a little and can adduct my left arm some six inches across my chest. My legs, although they will lock when upright long enough to allow a nurse to transfer me from one chair to another, cannot bear my weight and only one of them has any autonomous movement left in it. Thus when legs or arms are set in a given position, there they remain until someone moves them for me. The same is true of my torso, with the result that backache from inertia and pressure is a chronic irritation. Having no use of my arms, I cannot scratch an itch, adjust my spectacles, remove food particles from my teeth, or anything else that—as a moment’s reflection will confirm—we all do dozens of times a day. To say the least, I am utterly and completely dependent upon the kindness of strangers (and anyone else).

During the day I can at least request a scratch, an adjustment, a drink, or simply a gratuitous re-placement of my limbs—since enforced stillness for hours on end is not only physically uncomfortable but psychologically close to intolerable. It is not as though you lose the desire to stretch, to bend, to stand or lie or run or even exercise. But when the urge comes over you there is nothing—nothing—that you can do except seek some tiny substitute or else find a way to suppress the thought and the accompanying muscle memory.

But then comes the night. I leave bedtime until the last possible moment compatible with my nurse’s need for sleep. Once I have been “prepared” for bed I am rolled into the bedroom in the wheelchair where I have spent the past eighteen hours. With some difficulty (despite my reduced height, mass, and bulk I am still a substantial dead weight for even a strong man to shift) I am maneuvered onto my cot. I am sat upright at an angle of some 110° and wedged into place with folded towels and pillows, my left leg in particular turned out ballet-like to compensate for its propensity to collapse inward. This process requires considerable concentration. If I allow a stray limb to be mis-placed, or fail to insist on having my midriff carefully aligned with legs and head, I shall suffer the agonies of the damned later in the night.

I am then covered, my hands placed outside the blanket to afford me the illusion of mobility but wrapped nonetheless since—like the rest of me—they now suffer from a permanent sensation of cold. I am offered a final scratch on any of a dozen itchy spots from hairline to toe; the Bi-Pap breathing device in my nose is adjusted to a necessarily uncomfortable level of tightness to ensure that it does not slip in the night; my glasses are removed…and there I lie: trussed, myopic, and motionless like a modern-day mummy, alone in my corporeal prison, accompanied for the rest of the night only by my thoughts.

Of course, I do have access to help if I need it. Since I can’t move a muscle, save only my neck and head, my communication device is a baby’s intercom at my bedside, left permanently on so that a mere call from me will bring assistance. In the early stages of my disease the temptation to call out for help was almost irresistible: every muscle felt in need of movement, every inch of skin itched, my bladder found mysterious ways to refill itself in the night and thus require relief, and in general I felt a desperate need for the reassurance of light, company, and the simple comforts of human intercourse. By now, however, I have learned to forgo this most nights, finding solace and recourse in my own thoughts.

The latter, though I say it myself, is no small undertaking. Ask yourself how often you move in the night. I don’t mean change location altogether (e.g., to go to the bathroom, though that too): merely how often you shift a hand, a foot; how frequently you scratch assorted body parts before dropping off; how unselfconsciously you alter position very slightly to find the most comfortable one. Imagine for a moment that you had been obliged instead to lie absolutely motionless on your back—by no means the best sleeping position, but the only one I can tolerate—for seven unbroken hours and constrained to come up with ways to render this Calvary tolerable not just for one night but for the rest of your life.

My solution has been to scroll through my life, my thoughts, my fantasies, my memories, mis-memories, and the like until I have chanced upon events, people, or narratives that I can employ to divert my mind from the body in which it is encased. These mental exercises have to be interesting enough to hold my attention and see me through an intolerable itch in my inner ear or lower back; but they also have to be boring and predictable enough to serve as a reliable prelude and encouragement to sleep. It took me some time to identify this process as a workable alternative to insomnia and physical discomfort and it is by no means infallible. But I am occasionally astonished, when I reflect upon the matter, at how readily I seem to get through, night after night, week after week, month after month, what was once an almost insufferable nocturnal ordeal. I wake up in exactly the position, frame of mind, and state of suspended despair with which I went to bed—which in the circumstances might be thought a considerable achievement.

This cockroach-like existence is cumulatively intolerable even though on any given night it is perfectly manageable. “Cockroach” is of course an allusion to Kafka’s Metamorphosis, in which the protagonist wakes up one morning to discover that he has been transformed into an insect. The point of the story is as much the responses and incomprehension of his family as it is the account of his own sensations, and it is hard to resist the thought that even the best-meaning and most generously thoughtful friend or relative cannot hope to understand the sense of isolation and imprisonment that this disease imposes upon its victims. Helplessness is humiliating even in a passing crisis—imagine or recall some occasion when you have fallen down or otherwise required physical assistance from strangers. Imagine the mind’s response to the knowledge that the peculiarly humiliating helplessness of ALS is a life sentence (we speak blithely of death sentences in this connection, but actually the latter would be a relief).

Morning brings some respite, though it says something about the lonely journey through the night that the prospect of being transferred to a wheelchair for the rest of the day should raise one’s spirits! Having something to do, in my case something purely cerebral and verbal, is a salutary diversion—if only in the almost literal sense of providing an occasion to communicate with the outside world and express in words, often angry words, the bottled-up irritations and frustrations of physical inanition.

The best way to survive the night would be to treat it like the day. If I could find people who had nothing better to do than talk to me all night about something sufficiently diverting to keep us both awake, I would search them out. But one is also and always aware in this disease of the necessary normalcy of other people’s lives: their need for exercise, entertainment, and sleep. And so my nights superficially resemble those of other people. I prepare for bed; I go to bed; I get up (or, rather, am got up). But the bit between is, like the disease itself, incommunicable.

I suppose I should be at least mildly satisfied to know that I have found within myself the sort of survival mechanism that most normal people only read about in accounts of natural disasters or isolation cells. And it is true that this disease has its enabling dimension: thanks to my inability to take notes or prepare them, my memory—already quite good—has improved considerably, with the help of techniques adapted from the “memory palace” so intriguingly depicted by Jonathan Spence. But the satisfactions of compensation are notoriously fleeting. There is no saving grace in being confined to an iron suit, cold and unforgiving. The pleasures of mental agility are much overstated, inevitably—as it now appears to me—by those not exclusively dependent upon them. Much the same can be said of well-meaning encouragements to find nonphysical compensations for physical inadequacy. That way lies futility. Loss is loss, and nothing is gained by calling it by a nicer name. My nights are intriguing; but I could do without them.

—This is the first of a series of short reflections by Tony Judt.
'Night' February 11, 2010
Publicat de Adrian Cioflâncă la 00:02 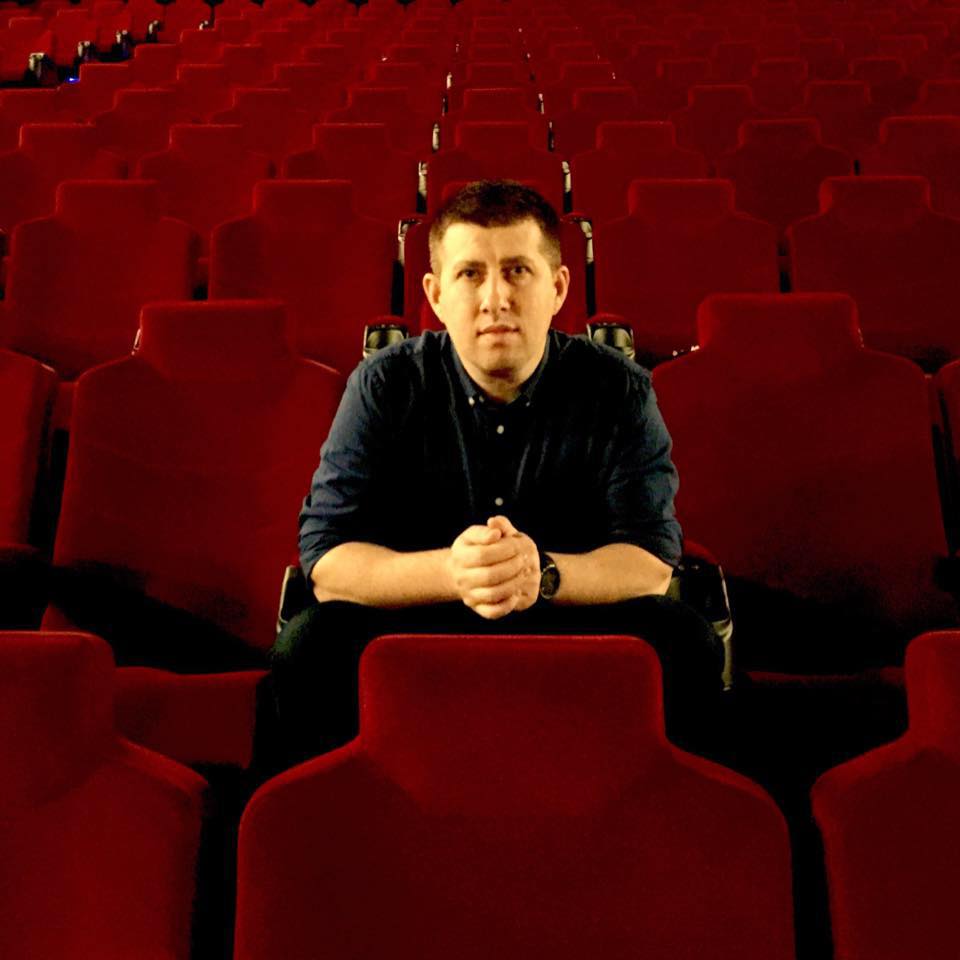 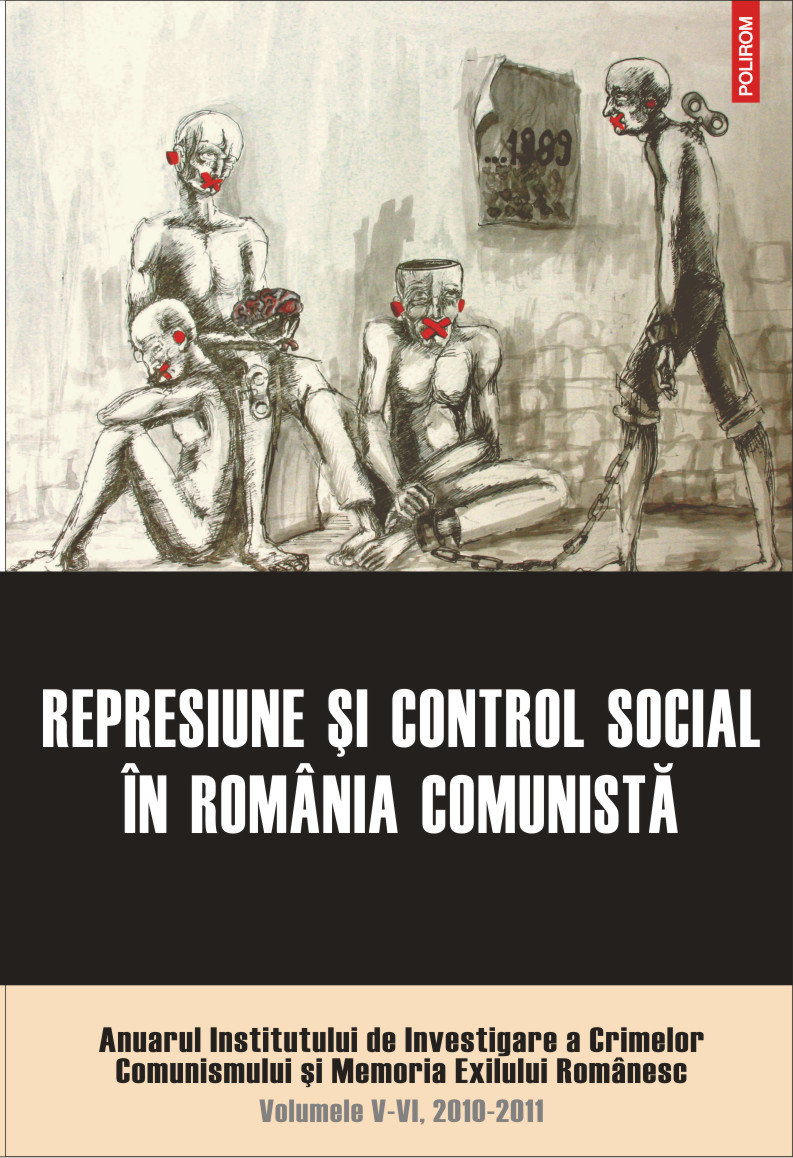 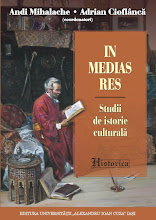 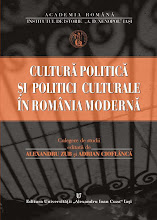 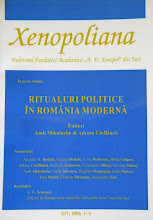 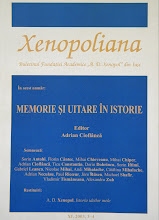 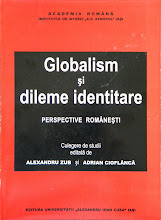